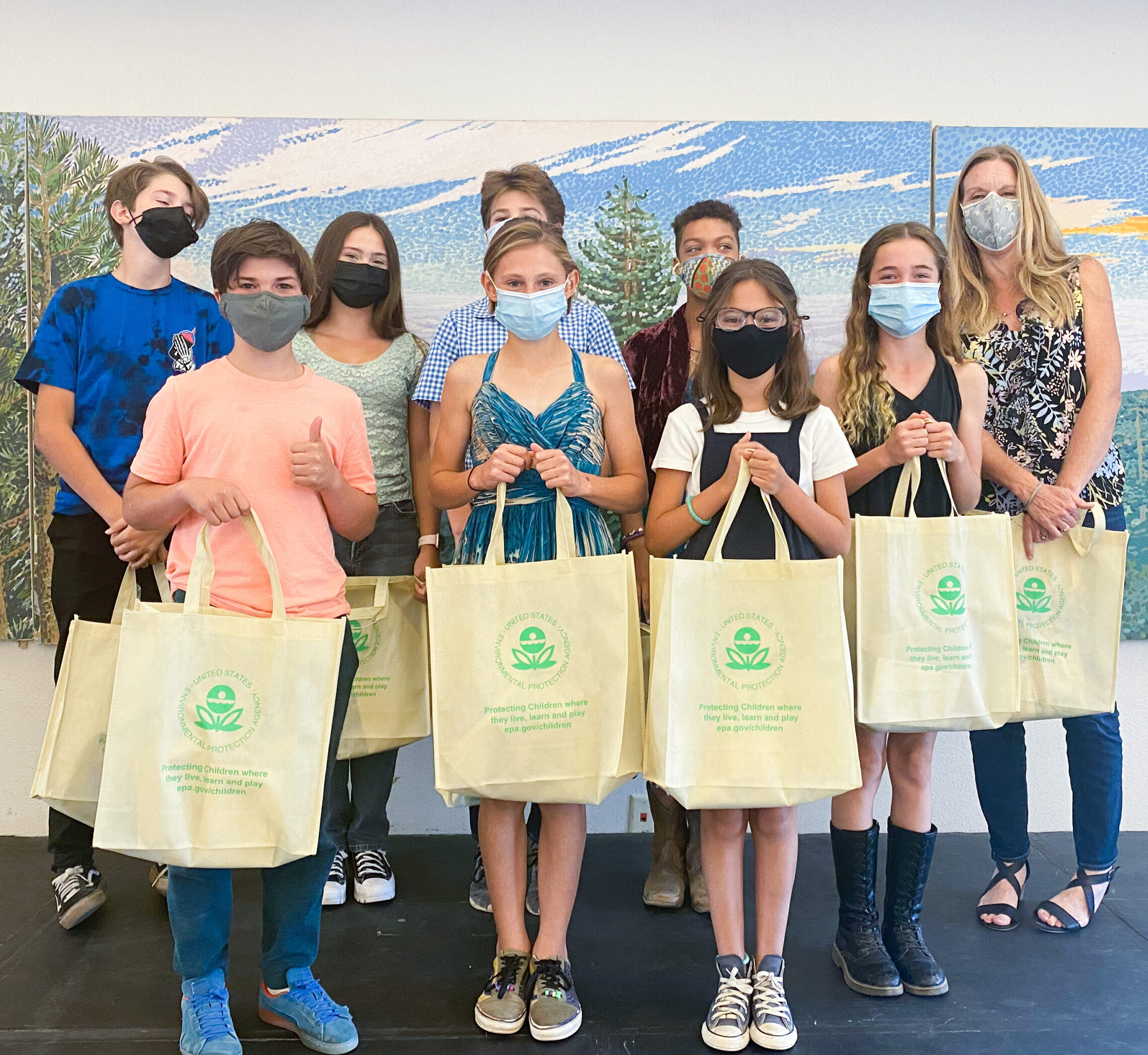 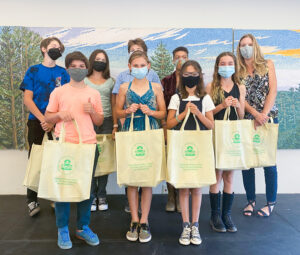 On October 5, the Environmental Protection Agency (EPA) Region 9 honored Mount Madonna School our students – national President’s Environmental Youth Award (PEYA) winners – for their “Save Our Sharks” project they completed in 2019-20 as fifth graders. The EPA Region 9 gathered virtually to celebrate the accomplishments of these outstanding students and to learn more about their methods and inspiration behind their advocacy.

These students, now seventh graders, were honored by the national EPA for their PEYA award when they received it in August, but this gathering of local EPA members gave our students another opportunity to share their research, challenges and highlights of their extensive project to save sharks.

“I will say candidly, you overcame stiff competition,” said Mike Alpern, public affairs director for EPA Region 9, in his address to students. “This year’s go around we had to choose among quite a few very innovative and very well-organized projects. So, it really is an incredible honor to be among the select few to be recognized.”

MMS students articulately answered questions posed by EPA Region 9 members in front of a camera. The students shared the challenges of completing the project during COVID, their experience of contacting representatives, and their excitement when a bill they advocated for passed.

The students told the EPA they had never written letters to their representatives before this project. They explained how they received responses from Congressman Jimmy Panetta and Senator Dianne Feinstein, as well as some assembly members. They also wrote representatives in Florida to advocate for a bill banning the sale of shark fins, which passed in 2020. One EPA Region 9 member commented that their political work was “very impressive.”

Now-seventh-grader Romy Sirk-Traugh said they were inspired to start this project during an MMS beach cleanup field trip where they had found an “alarming amount of trash.” They had already learned in science class that great white sharks are endangered, and knew that the plastics they found on the beach couldn’t be helping their plight.

“We really wanted to help them,” said Sirk-Traugh.

Ann Goewert, MMS head of school, expressed gratitude to teacher Jessica Cambell for guiding her students to be leaders and good citizens.

“Jessica continues to inspire her fifth grade students to advocate for environmental issues and protections. She empowers her students to be agents of change by using their voice and writing letters to United States Congressional representatives alerting them of pressing issues,” Goewert commented.

Cambell said that she was in awe of how deeply the class cared about their topic.

“These students haven’t been with me in over a year, nor worked on this project in over a year,” Cambell commented. “None of this was apparent as they answered questions, showed their passion for this animal and the environment, and shine with pride as they shared about their work. These children are our future, and that gives me so much hope.”

The student PEYA winners certainly were glowing with pride and gratitude at the end of the ceremony.

“My favorite part was working together for a cause that we all loved,” said student Solomon Coleman in his closing remarks. “It was just super gratifying at the end.”