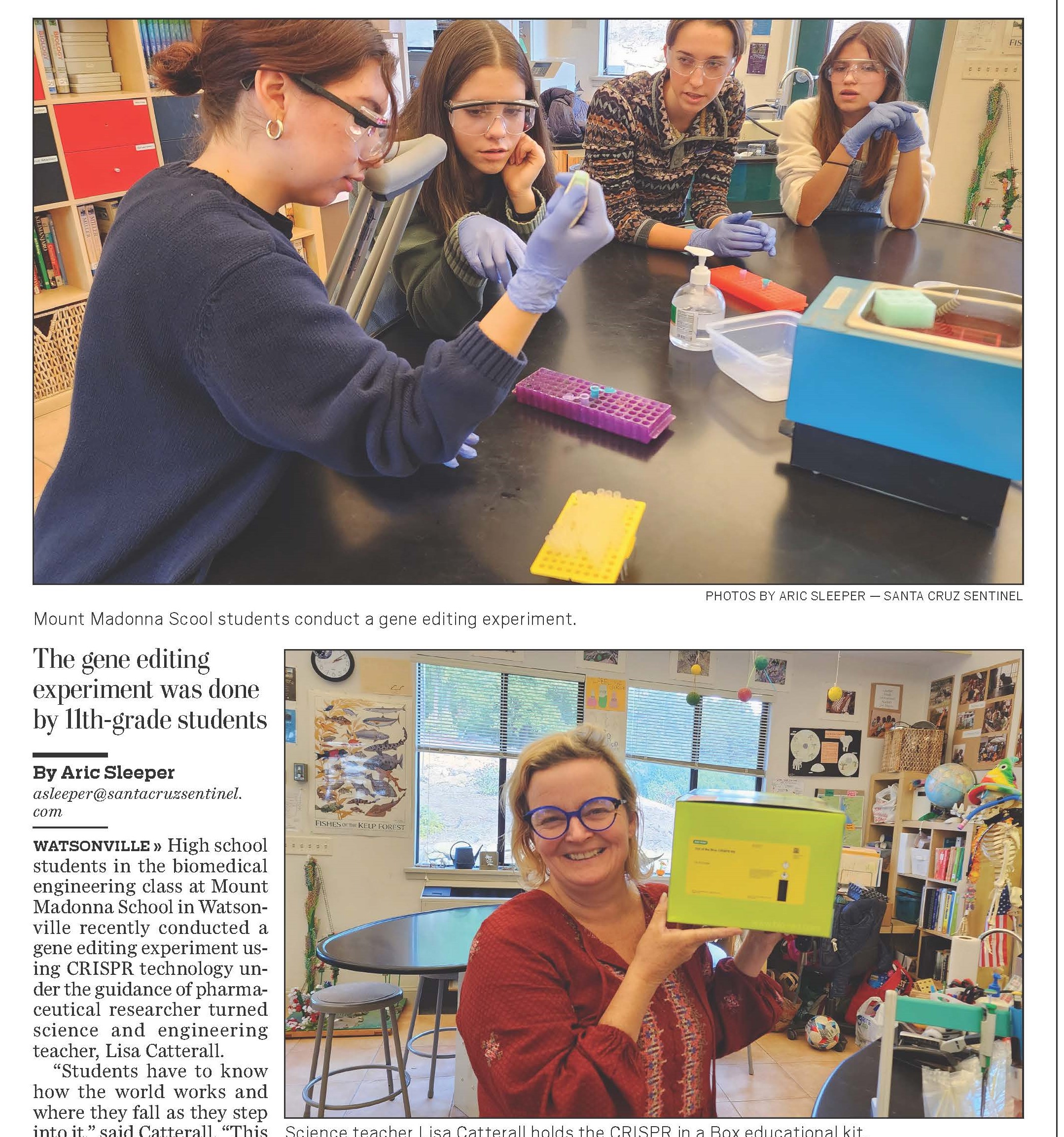 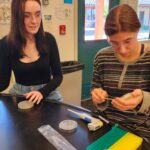 “Students have to know how the world works and where they fall as they step into it,” said Catterall. “This technology is going to be so incredibly relevant, and whether or not they go on to do biological research, which some of the kids do, they need to be educated voters. They need to know when ethical issues come up, what the real story is.”

Clustered Regularly Interspaced Short Palindromic Repeats or CRISPR technology allows scientists, and high school students, to locate a specific snippet of DNA or gene and edit it, in order to reach various outcomes such as eliminating deadly genetic disorders like sickle cell anemia, or in the case of the 11th graders in Catterall’s honors science class, transforming a lactose tolerant gene into an intolerant one. 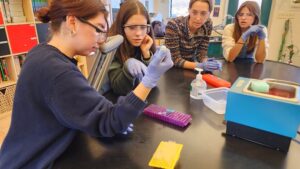 Although, it may seem that a classroom experiment using the cutting edge gene editing technology would include a room full of pricey, specialized equipment, the experiment is simple and inexpensive, according to Catterall.

“Ten years ago it was very expensive to do any genetic engineering,” said Catterall. “CRISPR is very, very simple.”

The supplies for the gene editing experiment come in a ready-to-use education kit that costs about $150, and does require some additional equipment usually found in a high school science lab such as graduated cylinders, pipettes and personal protective equipment.

In addition to learning and conducting the scientific procedures associated with gene editing, Catterall’s students discuss the ethical and philosophical implications of the technology’s potential applications.

“I’m not exactly sure how I feel about the use of gene editing,” said student Cy Harris. “I do think that it could be good if it is used for getting rid of diseases or gene mutations that are detrimental to people’s quality of life.” 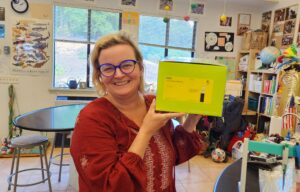 “CRISPR is something that is very controversial and I think that our ethics are behind the technology, so we have to decide where we draw the line with gene editing,” said student Anya Gonzalez. “But I think that if we can use it for the greater good, it would be phenomenal.”

Most of the students agreed that the technology’s potential is both exciting and disturbing.

“There’s two ways that CRISPR can go,” said student Ona Musoll-Buendia. “Some people want to use it cure fatal genetic disorders, which is good, but others want to create a super soldier that feels no emotions or pain, so they can just keep fighting, and that is not OK at all.

For students such as Sophia Manzur, the best part about the CRISPR lab is performing each step, from mixing the components, to streaking plates with bacteria.

“I’ve always loved doing hands-on activities and I enjoy science and math,” said student Sophia Manzur. “I am a tactile learner so the whole experience is amazing.”

Although she may end up choosing to go into an engineering field, junior Erin Kavitsky said she is fascinated by CRISPR and its future implications.

“I didn’t know much about CRISPR before this class and it blows my mind,” said student Erin Kavitsky. “I feel like it’s so important for younger generations especially to learn more about this, and I think this could even be taught to students in middle or early high school.”