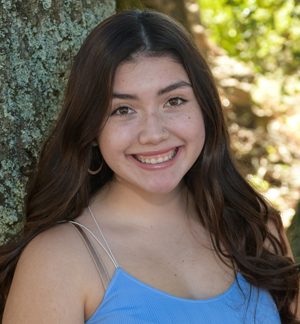 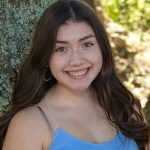 Representation matters in small-scale situations like mine – being a person of color at a small school whose student population is predominantly White. The importance of representation of marginalized groups permeates all aspects of my life. Those who lead my school, my future place of employment, my city, and my country must be representative of every person. This is why the topic of systemic racism in American institutions is so important to me. The recent Mount Madonna School (MMS) Sustainable Development Goals Speaker Series lecture “American Democracy, American Racism” helped to shed light on the fact that although we as a nation have come a long way, we still have work to do.

This past summer, the uprise of the social justice movement Black Lives Matter has made racial injustices extremely apparent. The lecture guest speaker, Laxmi Wordham, a founding member and senior advisor of Leadership Now and an MMS alumna, shared that the lack of progress in solving these problems is due to the fact that systemic racism has become part of the “institutionalized system.” We as citizens can see just how damaging this is not only to our local communities but to society as a whole. Law enforcement, our healthcare systems, and even the economy is detrimentally affected by the tolerance of such inequity. We have seen the death of countless Black Americans due to police brutality, as well as the health and economic disparities placed on people of color.

For example, Laxmi stated that Black Americans make up 13 percent of the American population and account for 25 percent of police fatalities. Georgia lawmakers are currently trying to pass an anti-voter bill that would drastically limit or close polling centers on Sundays. Many Black voters in Georgia rely on their place of worship to help get them to polling centers on Sunday after church service through a program called ”Souls to the Polls.” These are just two examples of how institutional racism plays a role in our everyday lives, yet we still as a nation can recognize these problems but tolerate them, and allow them to happen.

At my school, my friend Grace and I recently established a union where we invite students of color to share their personal experiences, as well as allies who are interested in being open and accepting listeners. As people of color, we feel it is important to have a safe space to express ourselves because our stories are not told in mainstream American culture. It feels as though our voices are suppressed instead of being lifted, magnified, and simply heard. We want our communities to listen to what we think, feel, and speak because it matters. Our voices need to be heard so that change can be made.

Our hope is that by sharing our perspectives as people of color, we can help to highlight how institutionalized racism has a real effect on the average American’s life. As John Lewis said, “If you see something that is not right, nor fair, not just, you have a moral obligation to do something about it.” Change starts small and creates ripples in systems. As a person of color, I am inspired to take on the challenge to make ripples that will hopefully lead to waves of change.

Alyssa Manzur is a resident of Morgan Hill and a high school junior at Mount Madonna School.

Alyssa Manzur at Mount Madonna School. Her essay will be published in Morgan Hill Life in April 2021.