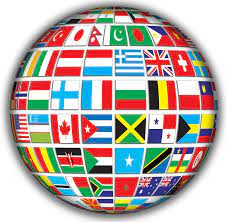 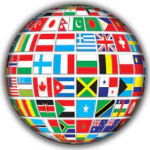 “This is my third conference as Model UN advisor and the third time I have had the great pleasure of watching our students face a challenging situation, step out of their comfort zones, and not just survive the experience but flourish in it,” commented teacher Greg Shirley. “While I can help students research their committees and issues and prepare for the conference, the students themselves have to stand and deliver, and they always do. 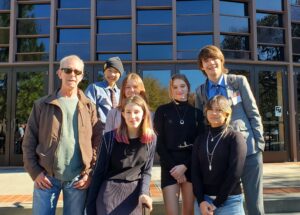 “We aim to attend a conference in New York City next year,” he added, “where we will have the opportunity to participate in our committees in the General Assembly room at the UN itself. We encourage anyone interested to join us!”

Following the Stanford conference, several of the students reflected on their experience.

“I went into this expecting it to be a laid-back sort of thing where speaking was only encouraged,” shared sophomore Emi Lord. “I hoped that at some point I would abandon my fear of speaking and speak in front of my committee. What I experienced was a community of people who not only are insanely well-educated in every topic that was handed to them, but also one where every person had to voice their opinions in front of the others.

“I liked that almost anything could happen at any time,” Lord continued. “My committee would write a narrative of what would happen next for our country, whether that was having one of our cabinet members assassinated with a Nerf gun, or a change in government to another form of government, including Communism. I learned that you can’t get by slacking through the conference because you’ll get left behind really, really fast!”

“The majority of the people in the conference knew what they were doing,” he said. “At first, I was confused, but I eventually figured things out and participated. I was expecting to be with delegates who proposed interesting ideas and solutions to complex problems, and was hoping I could help out. I liked it when the Democratic People’s Republic of Korea [North Korea] and the Russian Federation presented MAD [mutual assured destruction] resolutions. I learned a lot about possible solutions to the Russia and Ukraine refugee crisis.”

“I was expecting to learn about Ukrainian refugees and the protection of war correspondents in Ukraine,” said freshman Kyler Nishimura. “My experience was very positive! I had fun and learned a lot more about Model UN. My favorite moment was when a member of the North Korea committee did a brilliant job of portraying a deeply insane megalomaniac! It was hilarious to watch him rant about horrifying things, but we all knew that it was just an act.”

“I thought the conference was going to be a serious and scary experience, and I didn’t think I was prepared,” reflected sophomore Lagi Hunnicutt. “I was hoping to get more experience with public speaking and debating. Nevertheless, everyone was nice and very impressive. My favorite moment was either when we legalized gay marriage or when someone was assassinated and we had to respond. I learned that whatever you have in your mind about the conference, it’s going to be a lot better than that. I realized that everyone there has something to learn and that you’re not alone in feeling scared or nervous.”