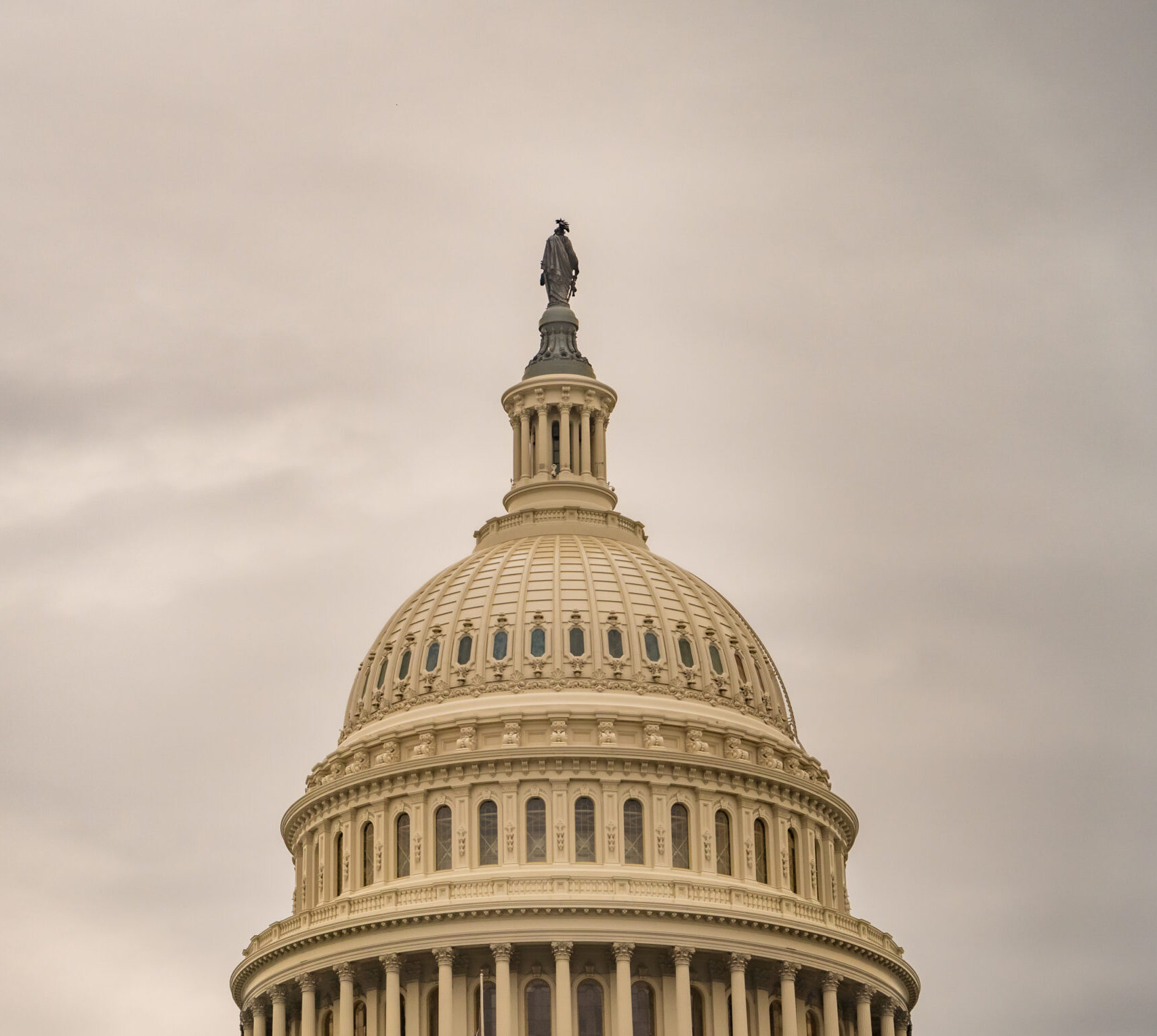 Perhaps no one monument could be made to tell the whole truth of any subject which it might be designed to illustrate. – Frederick Douglass

“Admirable as is the monument by Mr. Ball in Lincoln Park, it does not, as it seems to me, tell the whole truth, and perhaps no one monument could be made to tell the whole truth of any subject which it might be designed to illustrate,” wrote abolitionist and statesman Frederick Douglass in an 1876 letter to the editor of The National Republican. Douglass attended the dedication of the statue in Washington; his letter came to light in 2020. 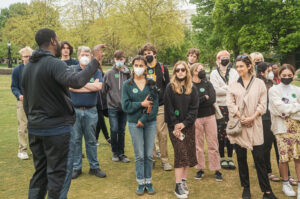 This spring, in preparation for their own class learning journey to Washington, D.C., Mount Madonna School (MMS) eleventh and twelfth grade students each chose a Washington monument to learn about.

“As a nation, we are grappling with reconciling the values outlined in our founding documents, with the reality of our history,” said Kelly. “I want my students to think about who determines what is worth honoring and remembering, and to consider how what we choose to honor says about us as a society.”

“From working on the Monument Project, I learned that it is important for people other than the government to take initiative to create national monuments that they care about,” commented eleventh grader Jacob Sirk-Traugh. “For example, the Martin Luther King, Jr. national monument was proposed, fought for, and designed by his college fraternity group!

“Monuments are a very important reflection of American culture,” he continued. “When asked what monuments we would create if we had the chance, me and several of my classmates chose something related to animals and rescue. To create an American national monument is to make a massive and nearly immortal statement about American history and culture. That’s why the creation of a national monument can often take more than 20 years of hard legal work. Only high-quality, lasting and meaningful monuments should make it through that system.” 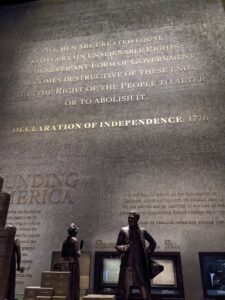 “Without Black cultural influence and the wealth accumulated through the institution and legacy of slavery, the U.S. and other countries would be very different places,” commented classmate Zoey Ocampo-Sobkoviak, in a reflection posted on the trip blog, dc.mountmadonnaschool.org. “This reality was apparent in almost every monument that we visited. The stone of the Washington Monument changes color halfway up because it was initially built by enslaved people up until the time slavery was abolished in D.C., then resumed later by the Army Corps of Engineers. The Emancipation Memorial, which shows Lincoln holding his hand over a formerly enslaved person kneeling in shackles reflects the white supremacist/’‘white savior’ ideals that were still prevalent in the country after the Civil War. Even the architecture of buildings like the Capitol or the Washington Monument take inspiration from Greek architecture that adopted its style from Egypt and North Africa.”

“Yesterday evening our plane landed in D.C.,” wrote high school senior Blythe Wilson in a May 1 post on the students’ blog. “My classmates and I watched with awe as we flew near the White House, the Capitol, and the monuments we researched in preparation for the trip…This morning we went on a tour of African American history, starting at the Capitol and stopping at various monuments and sites such as the Washington Monument, the White House, the Lincoln Memorial, the African American Civil War Memorial, the Martin Luther King, Jr. Memorial and Howard University. Our tour guide, Jamal, was extremely knowledgeable and excited about history, which made him amazing to listen to.

“We stopped at Lincoln Park to see the Emancipation memorial,” she continued. “This sculpture was mentioned in ‘The New Jim Crow,’ a book that we recently read in class, so seeing it in person was really interesting. Jamal shared what Frederick Douglass said about monuments, that ‘no one monument could be made to tell the whole truth,’ and that the monument’s creator was a confederate sympathizer. The monument was disturbing to look at, and my peers and I questioned why it’s still standing. We’ve spent some time in class discussing why we have monuments and how they reflect our values, so it’s interesting that we keep a sculpture that makes so many people uncomfortable. It exists on the line between acknowledging our country’s history and celebrating Lincoln’s power over the African Americans he emancipated.”

“My purpose in designing the Monument Project was to create an opportunity for my students to think about the monuments that they will be seeing while we are in Washington, D.C. in a new light,” commented Kelly. “And how the shifting political, historical and ideological landscape impacts our thinking about monuments and memorials. Through this project, students will consider if existing monuments and memorials should be altered to paint a more complete and honest account. My hope is that by asking them to think deeply about this topic, I can help them further develop their critical thinking skills, their ability to sift through complexity, and strengthen their sense of their own values.”